What is the best free HTML editor for WYSIWYG?

CoffeeCup offers a free HTML editor, but if you’re looking for more of a WYSIWYG (what you see is what you get) setup, it offers a visual editor for an additional cost.

You can use CoffeeCup to create both HTML and CSS files, as well as to edit existing website files. CoffeeCup has an average overall rating of 4.5 stars from reviewers on Capterra.

According to users, CoffeeCup’s HTML Editor has better than average customer support and is easy to use.

If you’re looking for bare-bones functionality, CoffeeCup offers just the basics. Reviewers say there are no bells and whistles for the free version of this HTML editor.

Cost to upgrade: $29 will get you access to the whole suite of features offered by CoffeeCup. For an additional $15, you can get the entire program sent to you on a thumb drive.

Highly rated by: People who work in higher education report that this free HTML editor meets their needs better than the average HTML editing software solution. 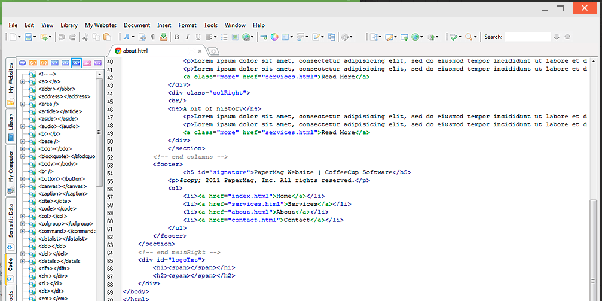 This free HTML editor includes some robust features, such as auto-completion and debugging tools. It can also edit several other coding languages, including Python, Perl, and Node.js. Komodo has an average overall rating of 4.5 stars from reviewers on Capterra.

Cost to upgrade: Starts at $7 monthly when billed annually and runs up to $499+ depending on the number of users and desired features.

Highly rated by: Users from both small and midsize businesses rate Komodo Edit highly, as do members of the IT, e-learning, and financial services industries. 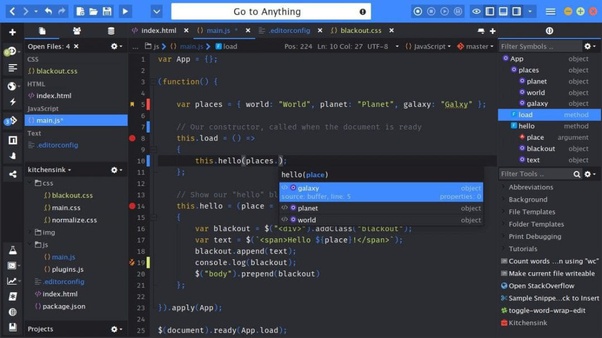 NetBeans also has a large plugin marketplace, and developers are encouraged to write and share their own plugins. NetBeans was last updated in April of 2019. NetBeans has an average overall rating of 4.5 stars from reviewers on Capterra.

Reviewers love that NetBeans enables them to auto-complete some codes and that it’s consistently reliable.

Users noted that NetBeans’ customer service can take some time to respond when an issue is identified and that the interface appears a little dated.

Cost to upgrade: Not publicly available.

Highly rated by: Reviewers in the computer and network security and human resources industries rate NetBeans higher than average. 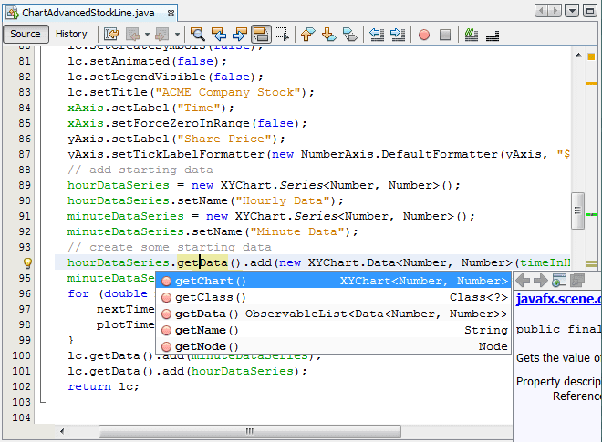 Available only for Windows users, Notepad ++ is a free source code editor written in C++. Its user interface (UI) is completely customizable, and users can decide how syntax is highlighted and folded.

Bonus: For those trying to go green, Notepad++ is dedicated to reducing carbon emissions by creating programs that run on less CPU power. The solution was last updated in June 2019. Notepad++ has an average overall rating of 4.5 stars from reviewers on Capterra.

Reviewers consistently cite a high level of functionality and report a higher-than-average ease-of-use rating. Particularly because this offering is open source, users also appreciate the consistency and timeliness of version updates.

Reviewers say that Notepad++ has slightly below average customer service, and some describe its interface as a little dated.

Cost to upgrade: Not publicly available.

Highly rated by: Large business users review Notepad++ the best. Reviewers from the IT and services, computer software, and banking industries rate this solution higher than average.